skip to main | skip to sidebar

This is a round about way to the NHERI's report but the Examiner has some interesting points to make in its synopsis. There are some links to other interesting articles about homeschooling as well.

Connect with me on Facebook!
Posted by Cindy Wade at 10:15 AM

Our Most Popular Posts!

Promote Your Page Too

For a safer atmosphere of trust and love!
Make Custom Gifts at CafePress

Thank you for your support

Guerrilla Mom needs your help to keep up the fight for freedom...

If you found this blog helpful, entertaining or informative in any way please consider making a donation. To make a donation via Pay Pal, credit card or e-check click on the Donate button below. All donations are greatly appreciated. Why donate? Contributions help in my mission to reach as many parents as possible in order to empower them and give them the information necessary to help their child. In the past I have provided books, homeschool supplies, shelter, clothing, food and transportation for homeschooling families in need. I continue to assist today when called upon to help. If you prefer, you can support Guerrilla Homeschooling with a purchase from our online store by clicking here.

Thank you and happy homeschooling!

“The Bartleby Project begins by inviting 60,000,000 American students, one by one, to peacefully refuse to take standardized tests or to participate in any preparation for these tests; it asks them to act because adults chained to institutions and corporations are unable to; because these tests pervert education, are disgracefully inaccurate, impose brutal stresses without reason, and actively encourage a class system which is poisoning the future of the nation.” 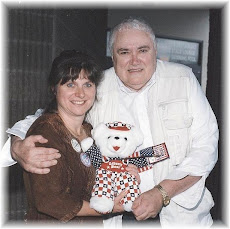 Get Your Tag Sale Guide Today! 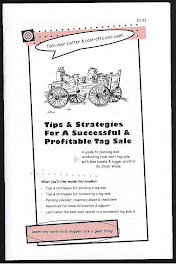 Tips & Strategies For A
Successful & Profitable
Tag Sale
A guide to planning and conducting
your next tag sale with less
hassle & bigger profits!
by Cindy Wade

Turn your clutter & cast-offs into cash!


A very helpful guide for the inexperienced tag sale host. This guide is great for the individual planning a tag sale but is not sure where to begin. It is also a great guide for club members who want to organize a tag sale fund-raiser or the real estate agent who wants to help their client liquidate a household before putting their house on the market. A great guide for the experienced tag sale host as well who is looking for ideas on how to increase their revenue and make their next sale run smoother.

The full sheet pull out calendar on pages 8 & 9 can be used as a guideline with 3 full weeks of how-to preparation. Keep track of inventory and advertising information with lists on the last pages. A comprehensive tag sale activity checklist is included on the back cover.

Order your copy today! Get FREE shipping when you click here and order from my eBay store! 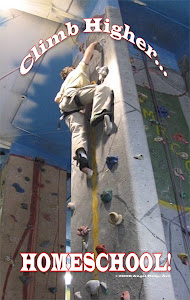 " First, we need a ferocious national debate that doesn't quit, day after day, year after year, the kind of continuous debate that journalism finds boring. We need to scream and argue about this school thing until it is fixed or broken beyond repair, one or the other. If we can fix it, fine; if we cannot, then the success of home-schooling shows a different road that has great promise. Pouring the money we now pour into schooling back into family education might cure two ailments with one medicine, repairing families as it repairs children.

Genuine reform is possible but it shouldn't cost anything. More money and more people pumped into this sick institution will only make it sicker."

John Taylor Gatto, Dumbing Us Down: The Hidden Curriculum of Compulsory Schooling 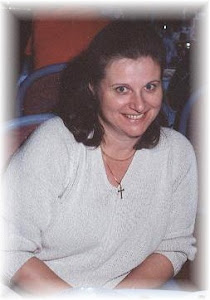 Artist, photographer, playwright, educator and dumpster diva, I grew up in a rural part of Vermont during the 1960's and 1970's with nine brothers and sisters. I attended a two-room schoolhouse during my elementary years then went on to junior and senior high in the next town where the class roster consisted of twenty-five students.

High school was a snap. Academics were less than challenging so I found myself on the honor roll several times, even making high honors once. My senior year I was president of FHA (Future Homemakers of America), captain of the varsity cheer leading squad and vice-president of the regional student council and I was still expelled 5 times, mostly for arguing with the principal. Mind you we had 5 different principals during my 6 years at this junior and senior high.

After high school graduation in 1972 I enlisted in the U.S. Army where I received basic training at Ft. McClellan, Alabama (graduated at the top of my class!) and medical training at Ft. Sam Houston, Texas. While in the service I worked in military hospitals where I tended to sick and injured servicemen, and in pediatrics, caring for dependent children. In all I spent ten years in the active Army, Reserves and National Guard.

After my stint in the Army I attended college (dean's list) on the GI Bill where I majored in art and theater. I graduated from Castleton State College in 1981 and hold a BA in Art. I first became interested in homeschooling when I directed a small children's theater here in Vermont. I noticed some children in the acting company were more consistently focused, relaxed and mature than others. When I inquired as to why I found they were being home schooled. This discovery began a twenty-four year quest to learn as much as possible about home education and its benefits.

In 1983 I married my husband, Todd, of Houston, Texas. Our daughter was born in 1986 while I was still director of the children's theater company.

I continued a career in the theater into the early 1990's as a self-taught Executive/Artistic Director for a professional theater company while still maintaining an interest in developing a service to assist parents and individuals who wanted to home school their children or simply learn more about it. This interest led to Gnarly Birch Press, a mail order business for home education books, booklets, and a nationally distributed, quarterly newsletter--Right At Home--and the sponsoring of workshops for networking.

While working with the professional theater company I discovered many students graduating from prestigious colleges and universities lacked simple and necessary skills (for example: young people with degrees who didn't know how to use the yellow pages in the telephone book) needed to function in life. I witnessed, first hand, the detrimental effects of mandatory attendance at government operated public schools by observing the irresponsible, anti-social behavior of those who had been schooled. This behavior is carried over to the campus environment and then into the work place.

I am now an advocate for home education and have published three booklets of my own on the subject. From time to time I will be posting excerpts from those booklets here on this blog.

Presently I reside in central Vermont with my husband and two children. Our daughter is now 21 years old, attends community college part-time (she began taking college classes at age 15), works part-time at a department store, plays classical piano, is a certified fire-fighter, has her own eBay business, and creates one-of-a-kind creations for her own business called Flutternut Studios. She attended pre-school for only four days and dropped out. She jokingly refers to herself as a preschool dropout.

Our son, born in 1991, recently began college classes at the local community college, plays jazz piano, works part-time for my business and basically hangs out with family and friends. He never attended any school until this fall when he chose to take two classes at a local technical school. He's 16 years old, still a work in progress and a joy to be with.

One of the fastest growing movements in American history is the act of homeschooling. Weary parents are finally choosing to rescue their children from the torments of public school. I believe America is in an all out battle for the souls of the children who live within its boundaries and I intend to arm parents with the information they need to save those children from the detrimental effects of forced public schooling. Guerrilla Homeschooling is my voice.

No longer with any theater group I devote my time to my family, my art at Angel Ridge Art, my antique business and the task at hand of getting the word out about the advantages and joys of home-based education. I am available for speaking engagements and can be contacted via email at cwade@vermontel.net.

Feel free to join Guerrilla Homeschooling at Facebook. I love meeting homeschoolers and getting feedback. Sometimes I post information there that you won't find here on the blog. Freely join in on the conversation and add your comments!

Promote Your Page Too 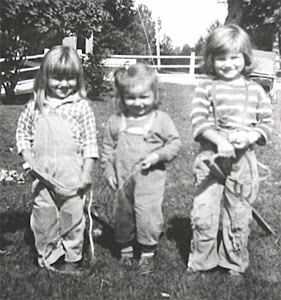 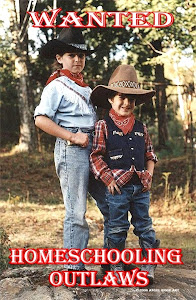 Favorite Homeschooling Blogs - Some Good, Some Bad & Some Downright Hypocritical

My World on the Web

Browse my eBay store right here without leaving this blog!